Which Pokemon Region is your favourite?

This thread is to discuss your favourite regions in the pokemon world, this includes the regions in both the main series and spin-off games.

My favourite region still has to be the Johto region, my first pokemon game was Gold so it was the first region that I explored and it has my favourite starter pokemon trio and some of my favourite locations in it such as National Park, Cianwood City, Olivine City, Whirl Islands, Dragon's Den and Mt Silver. Johto was amazing in HGSS too, I liked the remakes even more than I did the original Johto games.

Mine is by far Sinnoh. It was my first region and most of my favourite Pokemon are from there. Sinnoh was one of the best anime seasons too, and it gave the series freshness again.

Johto and Unova are my favourites. ♥ Alola's looking really great too though, so who knows. >< I'll go with Johto as my top favourite, hehe. 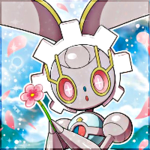 Whlle I did enjoy Johto, as someone who has been playing since gen 1 I can't really say it's my absolute favorite, but definitely up there. It's temples and rustic Japanese stylings were definitely a big plus, as well as it's overall layout in general. Battles like teh ones against Ho-oh and Lugia with their awesome set pieces were great. I like that old school spiritual vibe that set the tone for the mythology of the region, however, I feel that one region one up ped that vibe, and it was Sinnoh. Sinnoh is the place where I not only found a more vast variety of towns, including some pretty awesome looking citiess, but also learned the history and mythology of the region like no region had before. The environmental storytelling that delved into the stories of the Pokémon said to have CREATED the world was incredibly well played, in my opinion, and the set pieces for the battles with the pokémon that contributed to that were all quite amazing. The only sad part was how many of those amazing parts were locked away behind events, but I will still never forget them. A highlight though? The haunted Chateau where yuo first encounter Rotom.... the random appearance of ghosts was something that I hadn't seen before in those games, and it was quite awesome.

If I had to pick a 3rd? probably Kalos, loved Lumiose city more than the rest of it though tbh... XD

This clearly prove we have the best community ever

johto was my favorite of these so far.

it has appeared that if you say something other than johto and sinnoh, someone might get triggered XDXD

lol. It doesn't upset me about the others. I mean they were still good games but my fav was always the johto of the games so far.

Johto is pretty fab for reals though too.. my second favorite but was my first a few years back too!